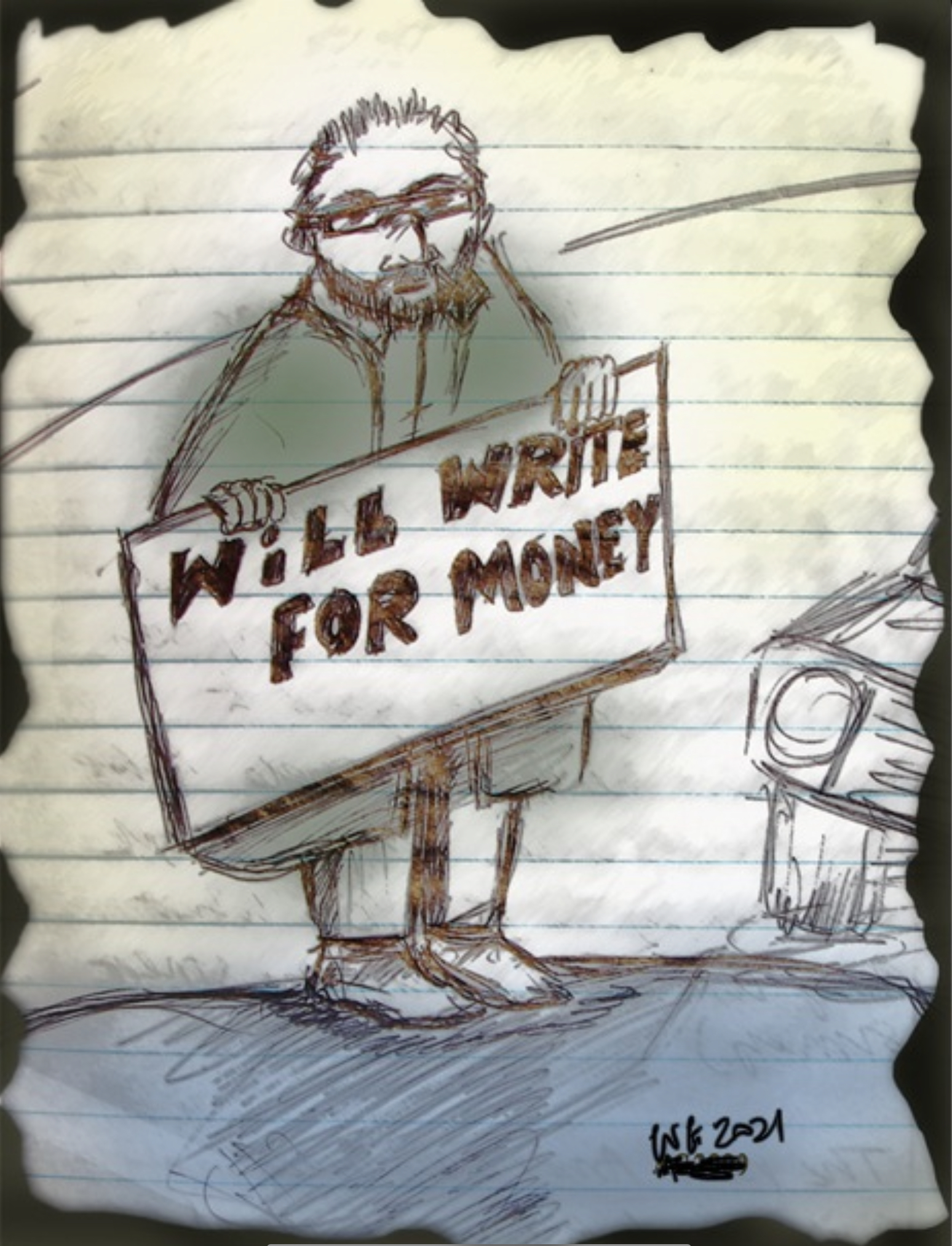 Sure, I got your attention with my flamboyant headline, but are you really here for that?

Sins of the irrelevant sailor is about the one thing we all seek and struggle to find—relevancy in a massively redundant world, one where spelling no longer matters, where social media has fueled an assumed knowledge based on group think, and where talent can be found on Fiverr.com. How do you fit into such a world?

Amazon is a reservoir of books, most of which are not worth a read, written by ‘writers’ with little or no grammatical skill, and often rehashed storylines from something that was popular. Dystopic themes are vomiting across the platform as every miserable young person dreams up sad and terrible things to destruct, rather than challenging themselves to find something to create. But then, like all things, commerce has created an overdose of everything. Gone are the days of tattoos being rare. Now it is rare to find body real estate upon which to slather another pithy quote, or the genderless sex-partner’s name, now long gone. Extreme is the norm; pins everywhere, chains, bolts, and whatever other hardware was on sale that week. Sure, if you like it, enjoy it; I don’t care, but it ain’t art of any kind. Wait, I may be wrong—after all some fool duct-taped a banana to a wall and sold it for a few hundred thousand. And let’s not forget the invisible art piece with a certificate of authenticity.

Then again, I am proud to have never watched a Kardashian episode. I clued into ‘Lost’ on episode one, not season six when it was revealed they were all dead, all along. Irrelevancies abound. And the search for reality has further lessened our understanding of reality, although our understanding of insanity has improved.

Science has suggested we are not even here; that we are holographic, avatars programmed from another level of reality to which we are clueless. The Matrix without the pill choice. Furthermore, reality, according to science, may be simply a matter of consciousness observing, that without the observation, consciousness is itself irrelevant.

I think; therefore I’m not!

Religion is dying because we live in a world of lies where everyone and everything lies to you. Yes, everyone. Just turn on the television and pretend you are watching unbiased news from those who control your lives. The late comedian, George Carlin, called them the true owners of the country, and they want you just smart enough to work, but not smart enough to realize that they’ve got you bent over and no lube on hand.

I write. Whether you read what I write or not is not really important to the universe as a whole. As a writer, book sales should support my lifestyle. But in the world of abundance, just as in the world of oppression, it does not. In fact, if you look at those things of value in the world, they usually come from long-dead writers and poets, or everyday items buried in the sand for a few thousand years.

So I consider myself an irrelevant sailor, on an endless journey to find relevance in an ever-increasingly decaying societal construct; a world that was stable for a time, after a few world wars, and the suffering of many, where utopic and not dystopic were the themes, and where a band named after a bug always sang about love. It is, after all, the only thing you need and the only thing of value. At least back then.

The irrelevant sailor recognizes that excess abounds. The value of scarcity from an item not over-produced, has been replaced by overkill. There are few collectibles because of the quantity manufactured, and cheaply at that! None of the classic artists, the grand masters, would stand a chance today against the banana art, or drone-beat music that is glorified, high-speed phonics-speak. Picasso versus the taggers. Symphonic creations from the mind of Mozart, composed entirely in his head, versus the mind-numbing verbal beats of rap music.

And people wonder why Elon Musk wants to go to Mars! The ultimate ‘undiscovered country.’ And if you can identify where that quote originated—and don’t say ‘Star Trek’—you may yet hold some hope for your future.

But, don’t take my word for it!