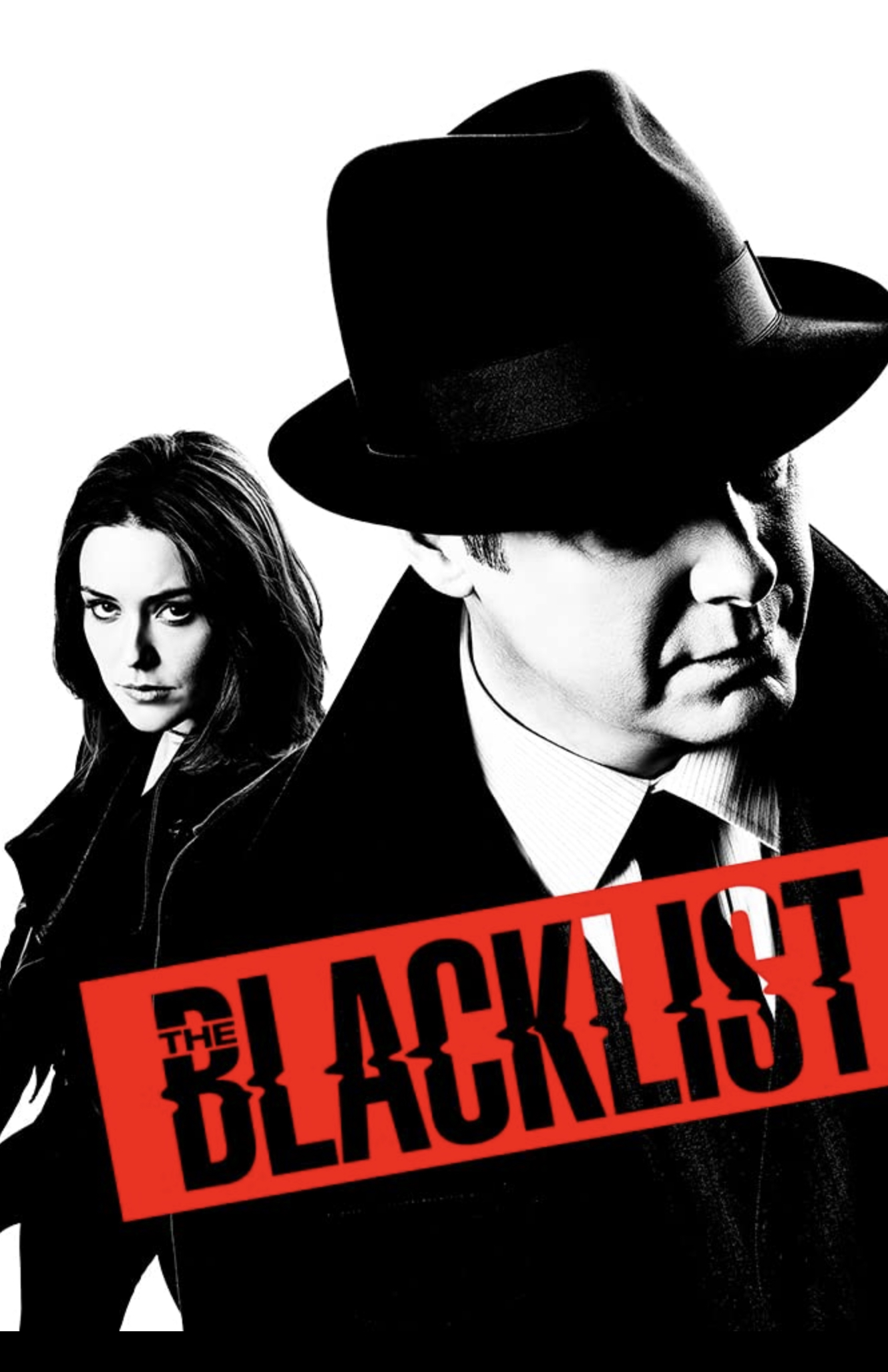 SPOILER ALERT: I will be discussing the season 8 finale of ‘The Blacklist’ from a WRITING POV.

If you have not watched it, please stop reading now because I would hate to hurt your feelings over this.

Let’s talk THE BLACKLIST Season 8 finale. This is a terrific writer exercise, and my comments are focused along those lines.

QUESTION: 8 seasons and the audience is tiring of figuring out who Red is and what his relationship is with Liz.

As a writer, what do you do? You HAVE to keep the viewers. You NEED to do something GUT-WRENCHING and DRAMATIC.

So let’s sum it up. The finale starts with an injured Elizabeth on Red’s private jet being treated by one of his private doctors. We are told that the bullet did not hit any vitals and she will recover. All good news.

We montage to her reunion with Agnes, and everything is peachy.

Remember that at Red’s citadel, after learning most of the truth, Elizabeth was shot by Townsend (who later perished).

From here on out everything is glossy and pastel. Happy imagery. Everything is peaches. Red and Elizabeth show up at the Task Force HQ and nothing is out of the normal. [And yet just 2 episodes earlier, Cynthia was shutting down the Task Force, and they were all going to be out of work.]. Cynthia does not appear in this finale. Instead, the Task Force is operating as it always operated.

Only when Red tells Elizabeth that he has a green envelope from her mother that she cannot have until she kills him, do the ripples of what is happening start to be noticed. She has to agree to kill Red, take over his empire, or no letter?

Aside from the premise of her doing this is absurd, Red says it sends a message to his enemies and those wishing to fill Townsend’s vacancy. And yet Liz knows little about Red’s world let alone running it. It is a hair-brain plan that wreaks of misdirection. That and the pastel colors and everyone smiling like one big happy family.

Director Cooper tells her she should take over Red’s empire to keep her safe. Really? They were trying to arrest her two episodes earlier. She is a fugitive.

And then Ressler makes a recovery. He is conscious. Liz sneaks in and they have a tender moment. But he is still barely alive—after all he just regained consciousness.

[Note here that actress Megan Boone announced this was her last season. No other reason given. She had enough after 8 years.] Okay. Keep that in mind. They have to write her out, right? And make you believe it, right?

So the plan is that Red will attend a dinner at the restaurant he was using. He will leave without Dembe. [Note: Dembe, the level headed one, allows Red to do this stupid thing.]

Red leaves and Liz is waiting. She is to shoot him and take over his empire.

But the last of Townsend’s men shoots Liz through the heart from the back and she dies in Red’s arms. Dembe scurries him away as the team arrive. And Ressler, the barely alive patient who has now sprinted several blocks to the scene. And there we end.

Questions arise. What is this show without Liz? Nothing. It is about Red protecting her and without her the entire 8 season was a kick in the pants to the viewers.

We know they are renewed for Season 9 and Sony, one of the two owners of the show, wants another 2 seasons. Without Liz?

So here we are. A quandary of facts. It makes no sense.

PUT ON WRITER CAP TO DEVISE A MOST DEVIOUS PLOTLINE THAT WILL KEEP VIEWERS RIVETED.

AND YOU DECIDE THAT…

Megan Boone is not leaving the show. She has no other show she is starting so why leave a show you’ve been a part of for so long?

Since she got shot, had the viewing public NOT believe she is leaving the show, they would NEVER believe her death.

And THAT is the key. The viewers HAD to believe it.

But without her the show is NOTHING.

The internet went nuts with Red is Katarina—seriously people, get a life.

Here is what I believe happened. And as a writer it is clever, complex, and well-executed.

The entire episode was not real. The show started on the jet with the doctor. What if…

Liz is STILL in a coma and this is a hallucination. It explains the pastels and the happy and the inconsistencies with shuttering the Task Force, and. Even Liz dying.

It makes sense that Megan Boone will decide to return just before Season 9 begins. Only then will it make sense to everyone. It HAD to happen this way.

She is in a coma and hallucinates the whole thing. Then she wakes up…in the plane.

And we move forward…once again. A little closer to the truth.

And there you have Season 9 playing out with both Red and Liz as fugitives, and trying to find a way to equalize what happened.

And the only way that happens is if Cynthia is crooked and they expose her, she’s gone and the Task Force remains.

The job of a writer is to KNOW MORE than the reader/viewer. As a writer you have to DISSECT plots, apply reason and decipher the truth.

Likewise, Red has to be the man Katarina married. Whether he is or is not the father of Liz does not matter. They had DNA before that said he was. He raised her. That’s as close to a father as you get.

And Katarina is alive and in Season 9 we may see her. This show has to transform. A dynastic spy family that has global intricacies. Now THAT is a good plot and worth writing.

What do you think?